Learn about our canals and how design innovation, industry and commerce in 1800’s Falkirk and Grangemouth, helped to shape the modern world we know today. The trail celebrates the history of the Charlotte Dundas, the world’s first practical steamboat and the achievements of her creator, the inventor and engineer William Symington.

Starting with a timeline panel charting over 300 years of history, discover the significance of steam power and the worldwide influence of Symington’s steam propulsion inventions. There are seats along the way and a viewing area adjacent to Lock 1, from which it is possible to make out the location where the Charlotte Dundas and many other historically important vessels were constructed. Learn about the area’s rare flora and fauna and the types of plant and animal life you might spot along the trail.
Conceived by registered Scottish charity Friends of the Charlotte Dundas, the trail was designed and produced by EdenCG, with historical input from Falkirk Local History Society.
The Charlotte Dundas Trail runs from the Kelpies Basin to Lock 1, a distance of around 850 metres. A Rope Walk path extends from the viewing area onwards to Dalgrain Road, Grangemouth.

Why is the Charlotte Dundas important?

Lord Thomas Dundas, Governor of the Forth and Clyde Canal Company, could see the benefit of speeding up canal traffic by using steam power instead of horse power.
In June 1800, Lord Dundas got approval from the canal company’s directors for a boat to be built, powered by an engine designed by William Symington. The boat was built by Alexander Hart in his Grangemouth boatyard and the horizontal cylinder engine at the Carron Company.
In 1801, Symington patented a horizontal steam engine directly linked to a crank and gained the support of Lord Dundas for a second steamboat, the Charlotte Dundas, which was built in 1802 in Hart’s yard by John Allan. She measured 65ft long, 16ft wide and 8ft deep.
The Charlotte Dundas proved herself in a trial on the canal in March 1803 by towing two barges weighing 130
tons, 18 ½ miles in 9 ¼ hours thereby demonstrating her practicality as a steam powered towing boat. The horizontal steam engine, patented by Symington using cutting edge technology of the day, was years ahead of its time.
The Charlotte Dundas has gone down in history as the world’s first practical steam boat. She is famous worldwide as a forerunner of the great American river steamships and Henry Bell’s Comet, and has earned her rightful place in history. The vessel features on Grangemouth’s coat of arms and in many places around the town as well as in museums, on stamps and on coats of arms throughout the world.
Google Map reference click here 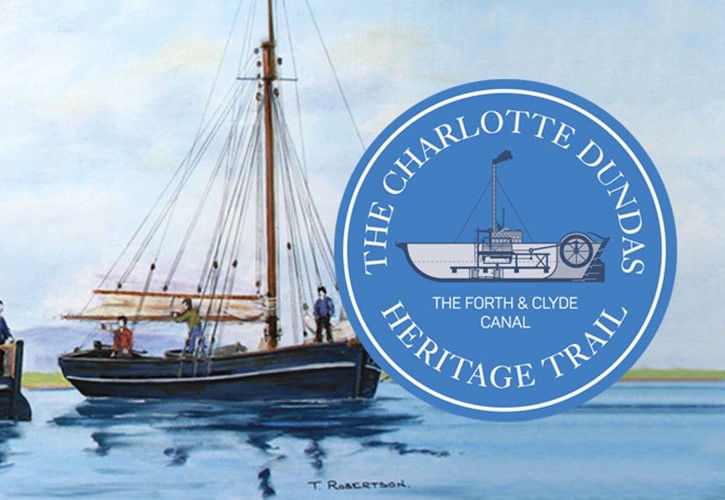 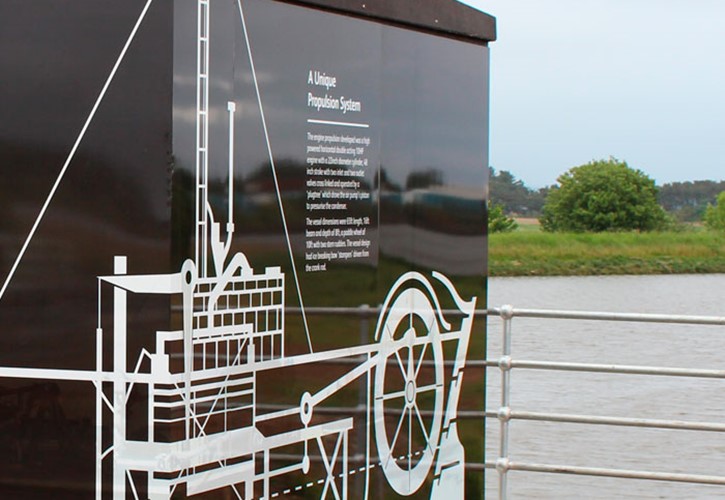 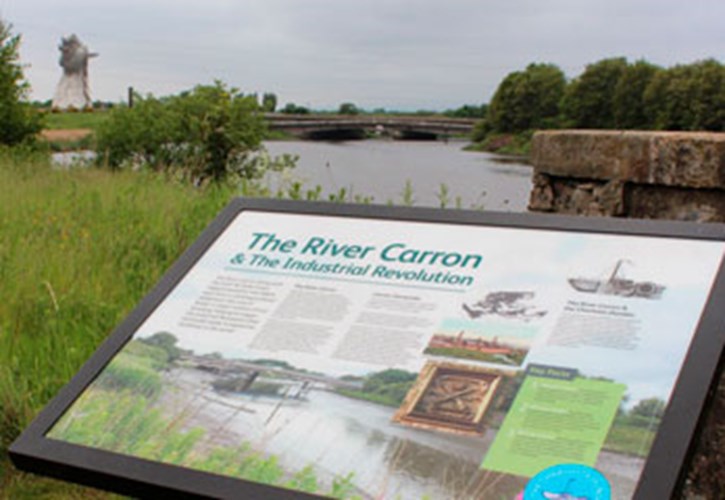