When driving in to Grangemouth from Bo’ness make sure you visit the full size replica spitfire.

It stands as a reminder that the land surrounding the memorial once thronged with young pilots being trained to fly spitfires in World War 2. Over sixty young men, from Britain and all parts of the Commonwealth as well as Poland and Czechoslovakia, died while learning the daring manoeuvres demanded in those incredible times.

In February 1939, Scottish Aviation Limited announced plans to provide central Scotland with what would be the largest airport in the country.  Five hundred acres of farm land were purchased in the Grangemouth area by the firm which had secured a Government contract to train pilots in preparation for the war that everyone seemed to expect.

Grangemouth was designated as a base for fighter aircraft given the task of defending against enemy bombers aiming for our local iron works and dockyards. When the fear of such bombing raids declined at the end of 1940 Grangemouth became a training centre where young pilots were introduced to the spitfire and taught the skills of formation flying and gunnery and it remained in this role until near the end of the war. Over sixty young men, from Britain and all parts of the Commonwealth as well as Poland and Czechoslovakia, died while learning the daring manoeuvres demanded in those incredible times. In all nearly 80 air and ground crew lost their lives while serving at Grangemouth and many are buried in a special part of Grandsable Cemetery.

Following the war, the airfield was abandoned.  By the 1960s it was being ripped up and gradually filled with streets, houses, warehouses and factories. The hangers survive but that’s about all. But the service and sacrifice of those who came here has never been forgotten by 1333 Grangemouth Squadron Air Training Corps.

The Grangemouth Spitfire Memorial Trust unveiled the full size replica Supermarine Spitfire Mark 1 aircraft to commemorate the trainee Spitfire pilots from all over the world who learned to fly the machine at the beginning of WWII in May 2013. 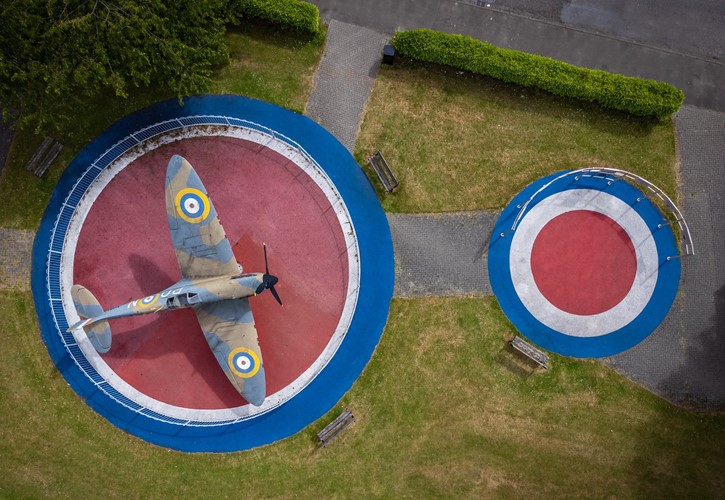 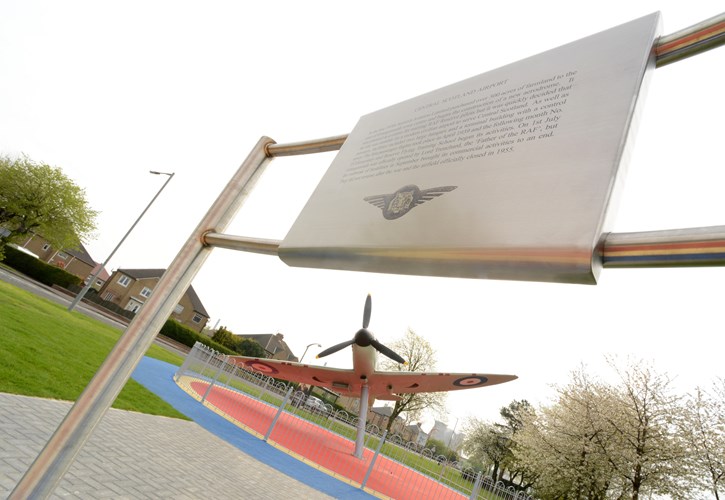 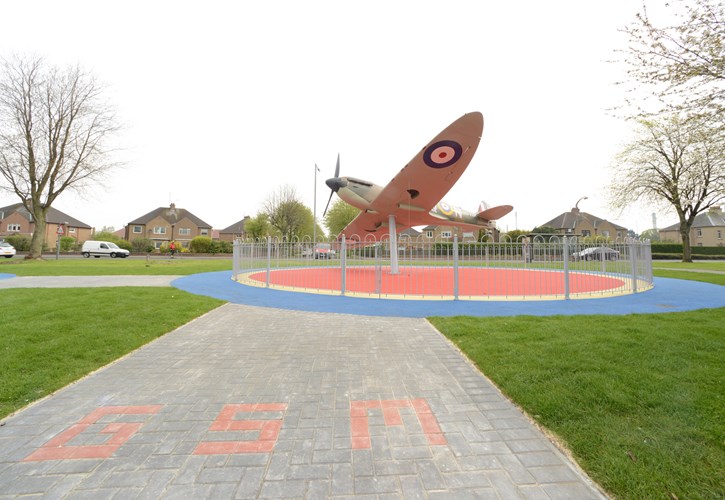