The Falkirk Tunnel, located just behind Falkirk High Station, was created nearly 200 years ago and was originally used for transporting coal, today it carries the Union Canal beneath Prospect Hill in Falkirk and connects Falkirk to the heart of Edinburgh. The Falkirk Tunnel is 630 meters long, 18ft-wide, 19ft-high and has a 5ft-wide towpath.

During the construction of the tunnel, two men named Burke and Hare relocated from Ireland to Scotland in a bid to be involved in the tunnels creation – if only someone knew what they were going to be capable of. Burke and Hare went on to kill 16 people during their time in Scotland, providing their bodies for medical experiments. Furthermore, the canal was also used by doctors to smuggle the corpses of patients to Edinburgh University, with the bodies being hidden in containers labelled as industrial chemicals. You might begin to understand now why people describe the Falkirk Tunnel as eerie and atmospheric.

The tunnel now has an upgraded lighting system utilising colourful LED and heritage white lights to highlight the Victorian engineering, which is a contrast to the oil lamps that originally lit the tunnel when it first opened. In 2016 a programmable lighting system was installed within the tunnel, which was inspired by the history, design and stories of the passage way, with the aim of upgrading the journey and experience of people passing through.

Boating and paddling are just a few of the activities that you can participate in whilst exploring the Union Canal and ultimately the Falkirk tunnel, in addition to walks of the Falkirk area. For more info about Canals and Boating in the Falkirk area click here.  There is a walk that incorporates the canal tunnel and then guides you back to the residential streets of Falkirk. The walk is 1.5 miles and it is estimated to take you around 1 hour to complete. Click here to be directed to a map of the route.

Scottish Canals have a variety of events on throughout the year that incorporate the Falkirk Tunnel and Union Canal as well as other canals within the area, click here to find out what’s going on. 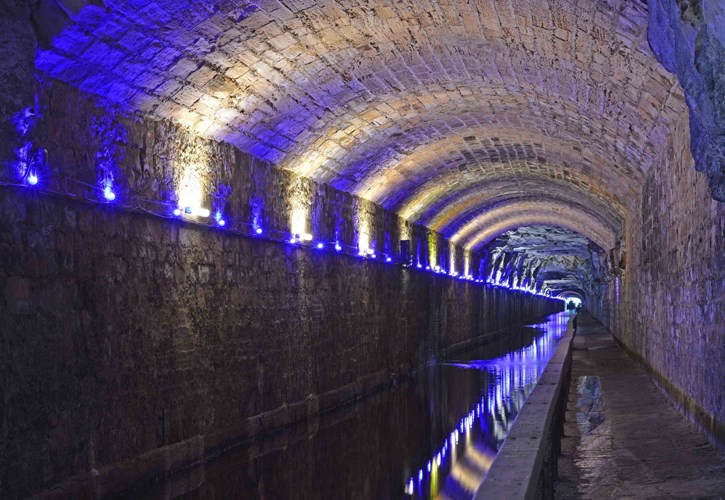 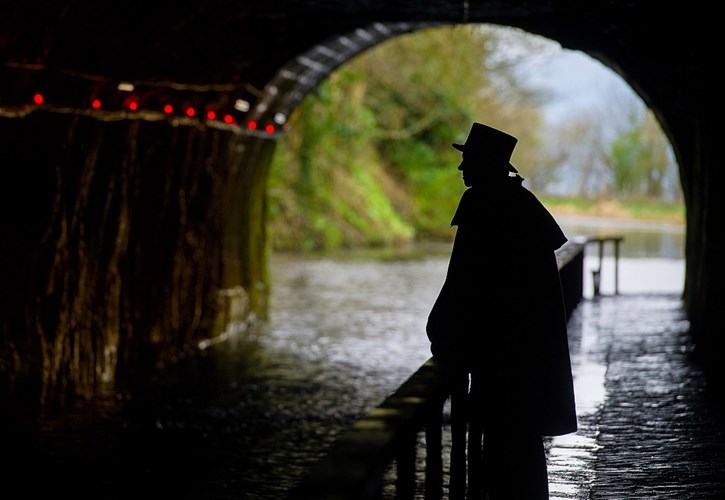