The Steeple has been a landmark in Falkirk since 1814, it is over 140 feet high and 22 feet square at ground level. Previously used as the town lock-up.

For over 300 years Falkirk has had a town steeple dominating the skyline. It has had many uses across the years from holding meetings, acting as the local jail and communicating the time to the town.

Falkirk’s first steeple was built sometime in the late 16th or early 17th century and its location is unknown.   This was demolished in 1697 as it had become a ruin and unsafe, and was replaced the same year.  The second steeple shared a wall with the towns tollbooth, and had to be demolished in 1803 following work carried out on the Tollbooth which weakened the structure of the Steeple.

The third and current Steeple was developed in 1812  by David Hamilton, a famous Glasgow architect. Building work on the new steeple began in 1813. The ground floor housed a shop, above this was a small room used by the jailor or shop keeper, the next two rooms were used as prison cells and had heavy wooden doors with iron bolts. The next floor contained a meeting room with impressive views along the High Street through large windows. By June 1814 the new 140 foot steeple was complete, but as yet had no bell. John Russell a well-known Falkirk clockmaker (clockmaker to HRH the Prince Regent,  later King George IV) offered to furnish a new clock which was installed in 1815. A new bell was also commissioned for the Steeple bearing the inscription ‘May Falkirk Flourish’, which was hung in 1816.

The Steeple has been part of Falkirk town life and community identity for generations, overlooking countless market days and Hogmanay celebrations. It is still very much a symbol of local pride and used by many local groups in their logos, including Falkirk Football Club.

The Steeple just recently celebrated its 200th anniversary in style. 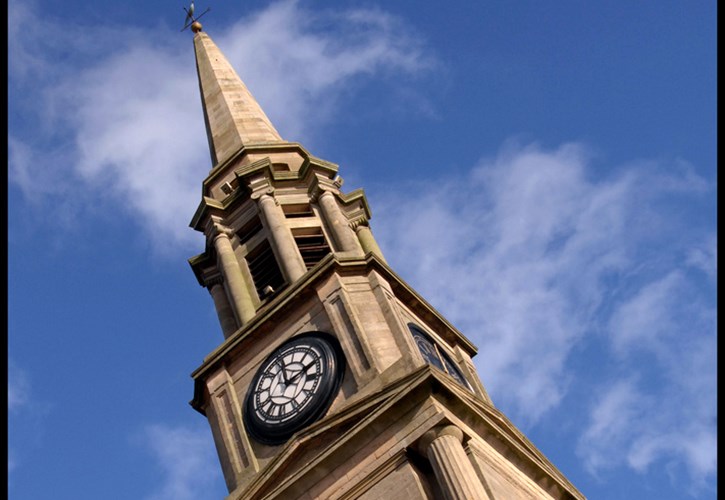 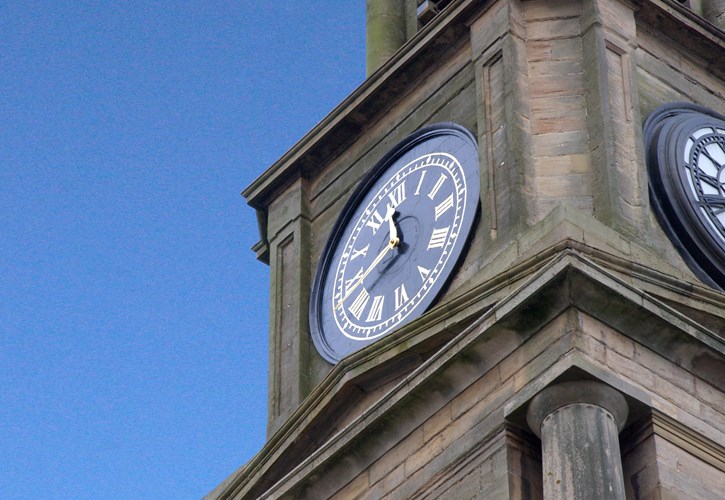 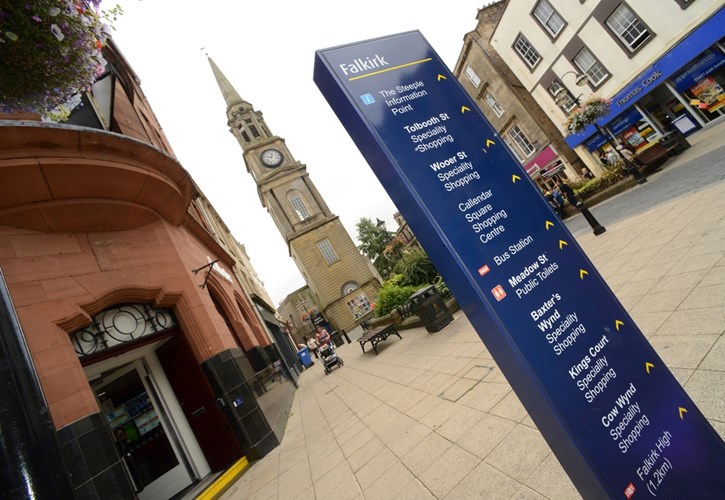