An elaborate and eccentric summer house built in the shape of a pineapple in the 18th century by Lord Dunmore. The Pineapple presides over an immense walled garden open to visitors, while at the back is a private garden for those staying, with steps leading into the elegant room inside The Pineapple itself.

The Pineapple is an elaborate summerhouse which now provides self-catering accommodation for up to 4 people with one Twin Room and One Double Room.On one side of The Pineapple are the bedrooms and bathroom and on the other the kitchen and sitting and dining rooms.  You must go outdoors to get between the two parts.

The Pineapple presides over an immense walled garden. This, in the Scottish tradition, was built some distance from the house, to take advantage of a south-facing slope. To house the gardeners, stone bothies were built on either side of the Pineapple.

Built for the 4th Earl of Dunmore, classical and orthodox at ground level, it grows slowly into something entirely vegetable; conventional architraves put out shoots and end as prickly leaves of stone. It is an eccentric work, of undoubted genius, built of the very finest masonry.

It probably began as a pavilion of one storey, dated 1761, and only grew its fruity dome after 1777, when Lord Dunmore was brought back, forcibly, from serving as Governor of Virginia. There, sailors would put a pineapple on the gatepost to announce their return home. Lord Dunmore, who was fond of a joke, announced his return more prominently.

The Pineapple and its surroundings are owned by the National Trust for Scotland; the Landmark Trust took a long lease in 1973 and restored all the buildings and the walled garden, which is now open to the public through the NTS. At the back, where the ground level is higher, is a private garden for visitors, with steps leading into the elegant room inside the Pineapple itself. 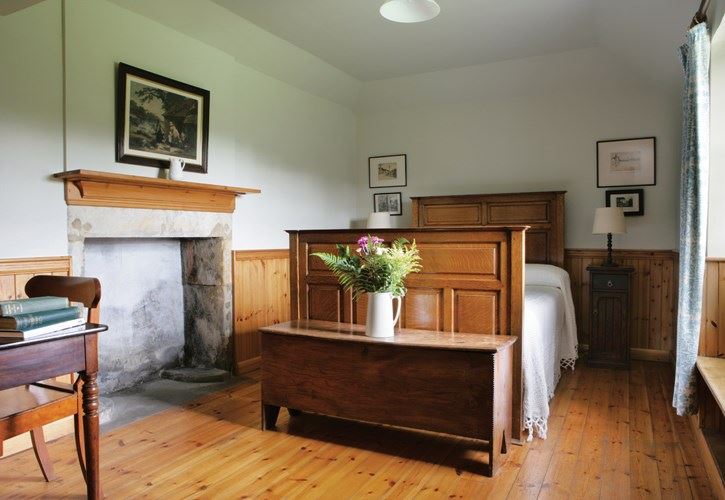 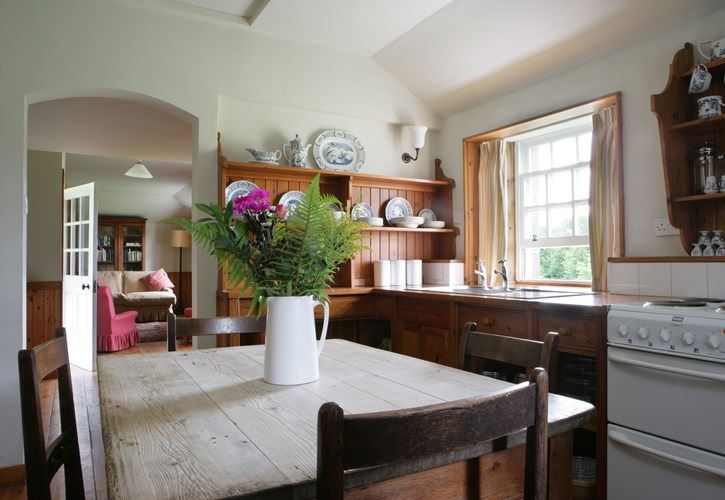 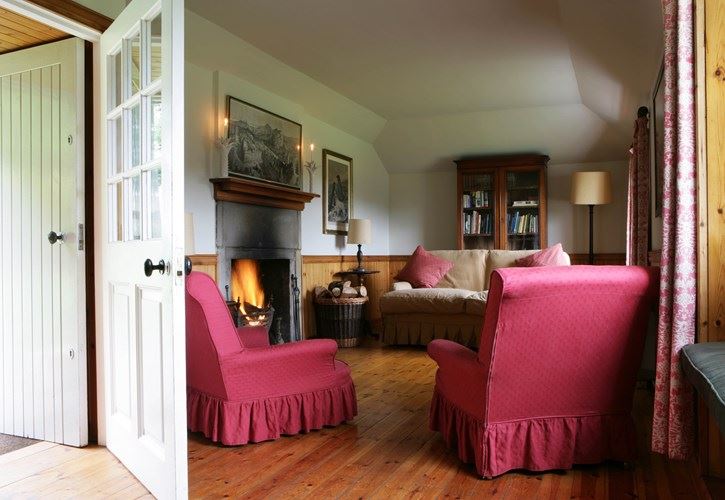 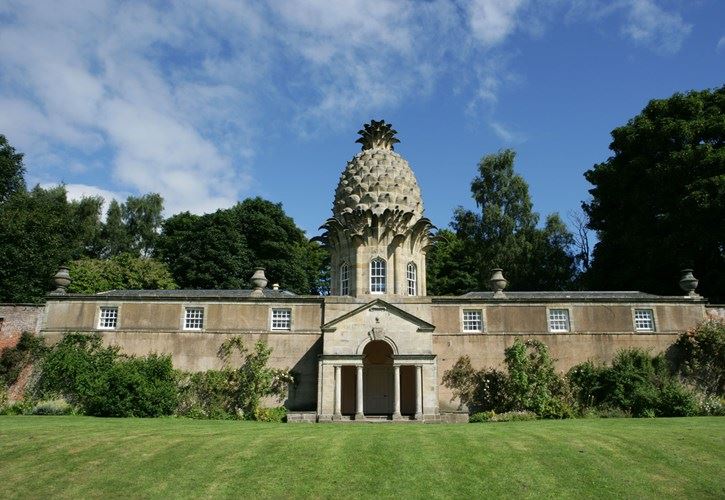