Sir John De Graeme was William Wallace’s finest knight and was killed in action during the Battle of Falkirk on July 22nd, 1298.

His body was carried from the battlefield by William Wallace himself to Faw Kirk Graveyard where he was laid to rest. Over the years his resting place has deteriorated as a result of exposure to the great Scottish weather and vandalism but in 2011 thanks to the Scottish Government’s town centre regeneration fund it was ordered to be restored in to a lasting memorial.

As part of the restoration works a replica of the broadsword he carried in to war was fitted, intertwined in the wrought-iron enclosure erected in the 18th century.

John De Graeme’s final resting place is one of few that historians are aware of. 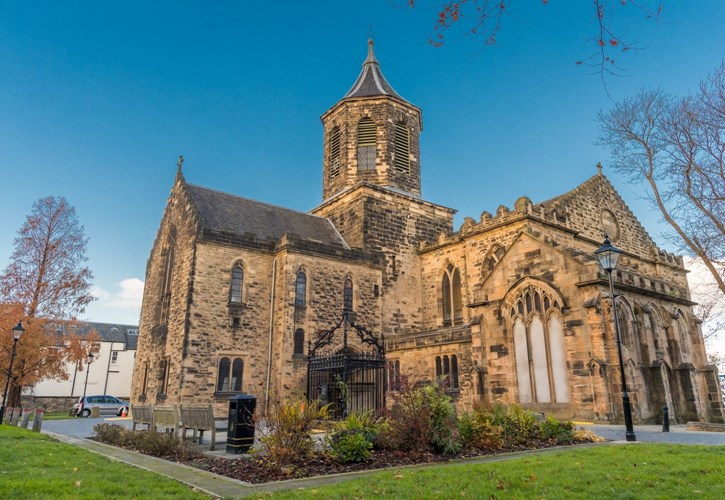 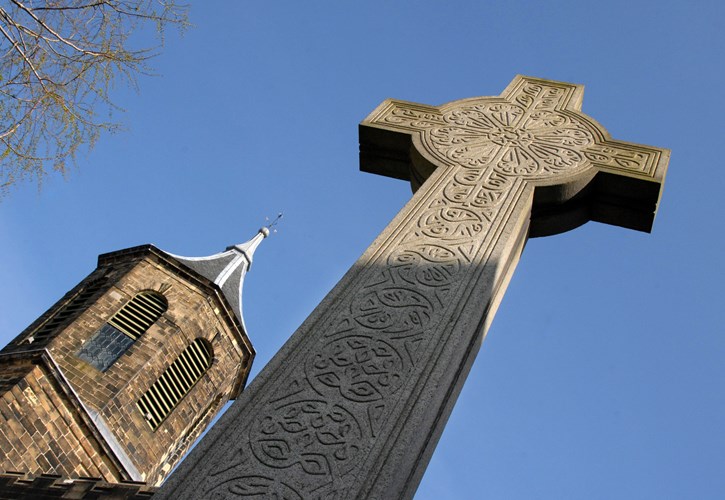