A Roman legionary distance marker stone was found in Bo'ness in 1868. One of the best examples of its kind, it is displayed at the National Museum of Scotland in Edinburgh and a replica has been installed at Kinnigars Park.

The original slab was found at Bridgeness, in 1868, on a rocky promontory close to what was then the shore at Harbour Road, Bo'ness.

The slab, sometimes called a tablet or stone, was presented by Mr Cadell, of Grange, to the National Museum of the Antiquaries of Scotland in Edinburgh and a facsimile of the centre panel erected close to the position where it was found.

The Slab's description as the largest and finest of the legionary tablets gives a clue to its importance and as such it forms the centre piece of the Roman section housed in the National Museums of Scotland in Chambers Street, Edinburgh.

The original is too important, a rare and an individual example of a Roman Legionary distance marker stone of national and international importance, for it to be considered for return to its natural home.

A full-size replica of the Bridgeness Slab was unveiled on Friday 7 September 2012 at a ceremony to celebrate its return.

The Bridgeness Slab has been recently featured in a new series of Royal Mail stamps to celebrate Roman legacy in Britain. 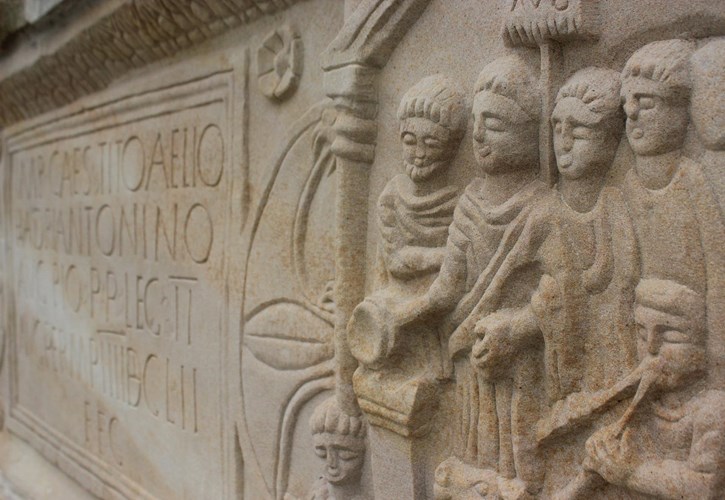 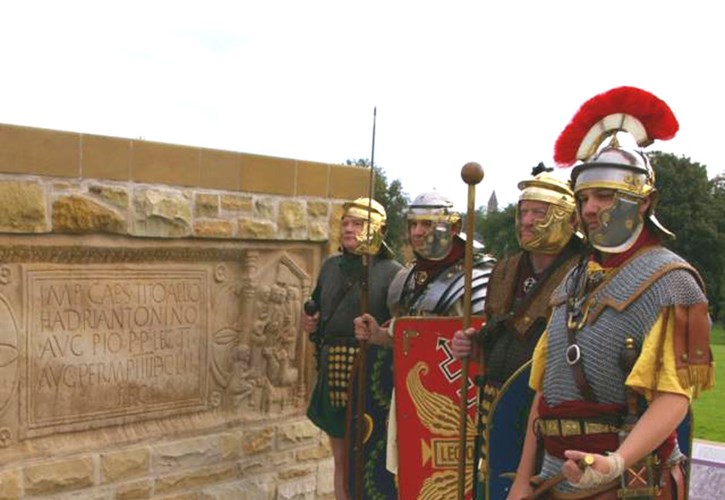