Shaped like a ship and situated on a promontory which juts out into the Firth of Forth, this 15th century castle is known as 'the ship that never sailed'.

Built in the 15th century by one of Scotland’s most powerful families, the Crichtons, Blackness was never destined as a peaceful lordly residence; its enduring roles were those of garrison fortress and state prison.

Blackness is often referred to as ‘the ship that never sailed’. This is because of its appearance, for from the seaward side it looks just like a great stone ship that has run aground. The pointed stem projects into the water, while the square stern stands beached on dry land. The castle’s three towers add to the effect – the small ‘stem’ tower at the prow, the tall ‘main mast’ tower at the centre, and the solid ‘stern’ tower at the rear. 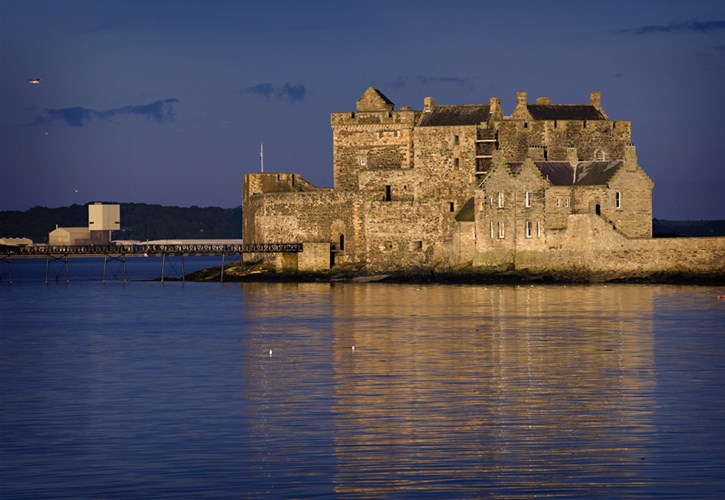 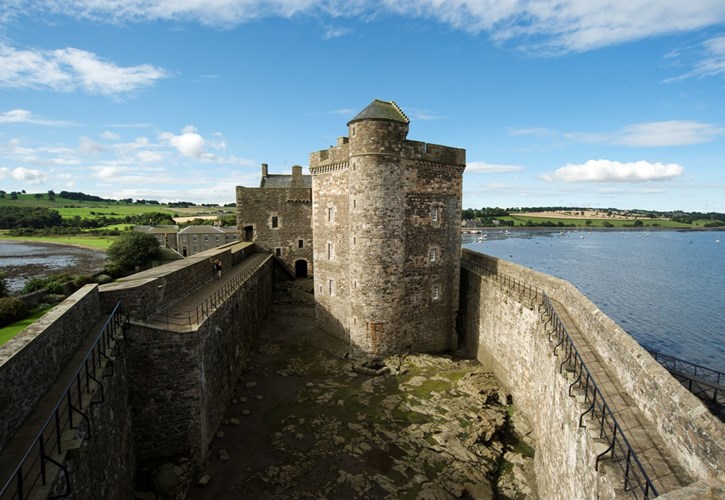 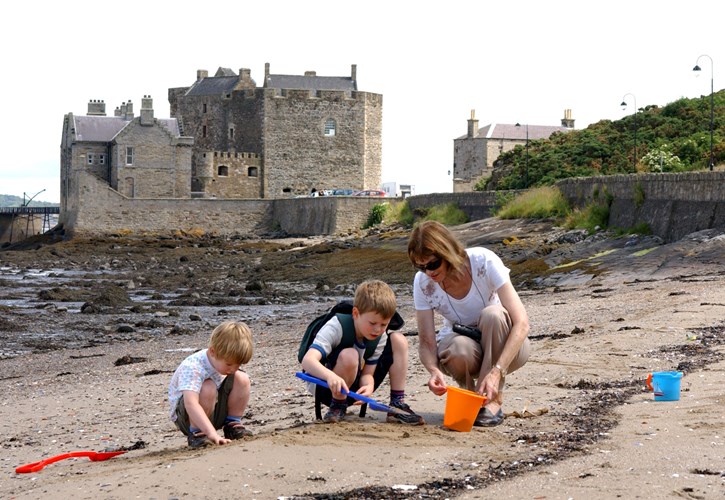 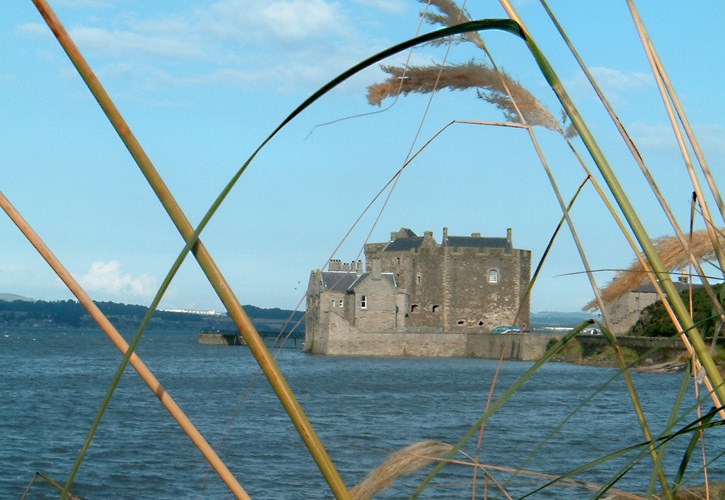 The castle has spectacular views across to the Fife coast and Forth bridges and Blackness Castle stands in for Fort William in series one of the TV show Outlander. It features in Season 1 and in Season 2. Also recently featured in the film Mary Queen of Scots, and in the Netflix film about Robert the Bruce, Outlaw King.

Discover this and more attractions featured in Outlander in our Outlander themed film locations trial.

Follow in Jamie and Claire’s footsteps for yourself with this fantastic Outlander audio guide created by Visit Scotland.